Social Media (such as Facebook, Instagram, Google, etc.) is currently the central component of marketing strategies in today’s technology driven society—and as I am sure you have noticed it moves faster than a dog who just heard a piece of bacon drop on the floor in the next room. In today’s society people are spending more and more time online, as we have utilized the internet as a way to streamline communication and advertisement. Therefore, the dynamic and interactive nature of social media creates the perfect space for non-profits, such as animal shelters, to create connections with their community and attract new supporters to their cause.

If animal shelters utilize these marketing strategies such as Facebook, Google Ads, and the Google Ad Grant, to promote their discriminated and less popular dogs then they are more likely to swiftly place them into proper homes.

WHAT DO YOU MEAN BY DISCRIMINATED BREEDS? 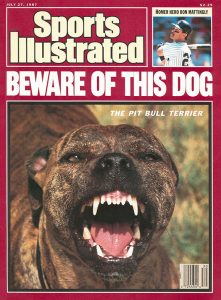 Think about the last time you were in an animal shelter. You walk down the row of kennel after kennel looking at each dog behind metal bars, their eyes drilling into your soul, begging you to save them. Now stop. What breed were you imagining? I can promise that you weren’t imagining fluffy Golden Retrievers, but in fact Pit Bulls, German Shepherds, Rottweiler’s, Bull Dogs, the list goes on and on. As those are the dogs that have been labeled as aggressive breeds. They are the dogs that are banned from most apartments, and public places. The dogs that are more than often simply just misunderstood, misguided, or flat out untrained. They are the breeds that end up sitting day after day in the shelter due to ineffective marketing.

HOW CAN I EFFECTIVELY MARKET THESE ANIMALS? 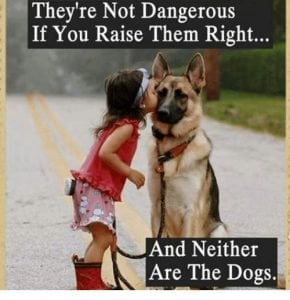 There’s actually a really simple solution to this issue of ineffective marketing seen in shelters across the nation. Social Media. Think about the influential role social media plays in your everyday life. Now think about how that influence and power could be used to efficiently place the dogs who are often overlooked into homes faster than any other marketing strategy. Think of all the viral videos of animals doing silly things, and now imagine instead of silly animals it’s the long term shelter dogs going viral and finding homes. Social media has opened the lines of communication for all non-profits. Think of how shelters could utilize Facebook, Instagram, Snapchat, Google Ads, to stop overcrowding from being an issue, and start saving more animals. The possibilities are endless.

According to the Pew Research Center, in an article called, Social Media Use in 2018, by Aaron Smith and Monica Anderson, 68% of U.S. adults are Facebook users, making it the current most widely used social media platform. Facebook is popular among the demographic of people who are considering adopting animals because they are more likely to be financially stable enough to bring an animal into their lives. Therefore, Facebook is a central tool when considering marketing strategies for animal shelters. 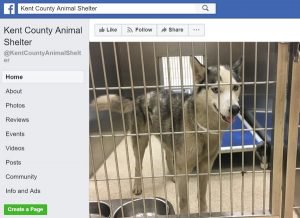 Emotion is motivational and makes space for authentic connection. If your animal shelter posts a story about a pit bull that has had a rough life, coming from a background of neglect and is only seeking love and a forever home. Then your audience right away will want to feel heroic and come to the aid of this poor dog. It is important to remember to also maintain a tone of optimism and hope so you’re your followers feel useful, even with the really difficult stories. If a shelter is able to achieve this sort of post then their audience is highly likely to share the post with their own followers, and those followers can share with their followers, and it can go on and on. As people are frequently checking their Facebook they are likely to see your shelter's post and share. Through this process of marketing and sharing, the post will eventually reach someone who can give the dog in need a home which is overall the end goal. 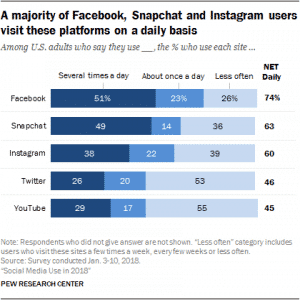 In an article, by Britt Clark, titled Shelters Use Social Media Strategy to Find Homes for Pets. Clark tells the story of how an all-caps Facebook message with an accompanying photo, prompted the immediate urge for a woman named, Susan Kissell, to adopt a German Shepherd mix named Jimmy.

The dog was said to have spent months in a shelter in Indiana, as reported by the,The Star Press. However, this quickly changed through the use of Facebook after the shelter released a post that read, “URGENT!!!!, JIMMY MUST FIND A HOME BY TOMORROW BY 5PM.” This post was immediately shared among friends and supporters until it reached Kissell, which upon reading the post and seeing the scared lonely dog, Kissell was prompted to make a swift decision and adopt Jimmy.

Why did the shelter use Facebook to promote a dog that had been stuck there for awhile? Because when done properly Facebook is one of the most effective marketing tools for non-profits.

The reason that animal shelters are finding Facebook to be the most effective way to market and advertise their animals is due to a few simple techniques:

It starts with high quality photos that appeal to the audience’s emotions. Think about when you are aimlessly scrolling through your Facebook feed and come across a photo of a beautiful pit bull that is top quality with a caption that tugs on your heartstrings. It’s something that will make you stop right away and pay attention to, and if it is marketed effectively you will even share the post with all of your followers.

The next effective strategy are straight forward appeals, such as letting your audience know that they can adopt, volunteer, or donate. All while ensuring they are asked for help in a way that appeals to the audience’s love of animals. It is important to make your audience feel involved, and allow many interactive opportunities for them to learn about your mission and get them involved. This can also raise awareness about your organization and let people know about the services you offer, and you can ask followers to share your posts to boost your reach. 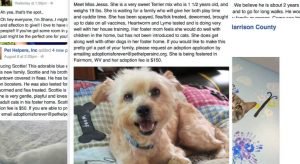 Lastly shelters should share their success stories and thank-yous. No one wants to login to Facebook and constantly see donation request after donation request. People want to see the difference their money is making, otherwise they lose trust for the organization as well as interest. People are very concerned with exactly where their money is going, so by sharing all the successes people are then more likely to engage in donating.

Donors want to know that they’re making a difference by supporting the nonprofit. Seeing tangible results from a non-profit builds loyalty and keeps donors engaged.

Google Ad Grants is a donation program that distributes advertising to select 501 non-profit organizations. Therefore, any qualifying non-profit and charity is eligible to receive up to $10,000 in AdWords money every month.

We Care Animal Rescue, located in Napa Valley, is just one of the very few shelters who utilize AdWords to attract donors, volunteers and pet adopters online. This organization uses the AdWords Express ad creation tools to easily and quickly create their online ads and target them by geographical location. AdWords also provides them with a percentage of interaction for each ad as well as the responses from their audience. Therefore, they are able to create the most successful ads to ensure success of their non-profit. We Care Animal Rescue claims that since joining the Google Ad Grants program, they have seen a monthly increase in online adoption application submissions by 125% over the previous year.

Imagine what could happen if every shelter in the nation was utilizing the Google Ad Grants program. Shelters could then easily create specific ads for these dogs stuck month after month in the shelter. This tool of marketing allows for shelters to achieve their goals. It gives dogs a second chance, and increases their chances of being seen by the perfect family. Through these grants, shelters could successfully drive donations, attract new volunteers, increase pet adoptions, and even broaden the organizations visibility in the local community.

WHAT IS THE VALUE OF RUNNING ADS FOR DISCRIMINATED DOGS?

Specifically, pit bulls have the longest road to adoption. It is often thwarted by prejudices, laws, and bans. If you go to a shelter today the majority of the dogs will be some sort of pit bull mix. According to the ASPCA, pit bulls and mixes average about 33% of shelter intakes nationally. This is a result of the negative stigmas placed upon pit bulls. Non-discriminated dogs are adopted immediately, no questions asked. Everyone wants to help the tail wagging labrador retriever, yet why don’t they want to help the smiling pit bulls? 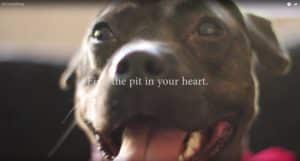 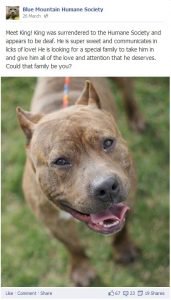 In fact, about 75% of municipal shelters euthanize pit bulls immediately upon intake. They aren't even being given the chance at adoption. Pits are the first to be chosen for euthanasia when overcrowding results in hard decisions being made. The ASPCA estimate that up to 1 million pits are euthanized per year, or 2,800 per day. A study by the organization, Animal People, reports a 93% euthanasia rate for pit bulls with only 1 in 600 pits finding their forever home.

However, there is hope! Think about how beneficial running ads specifically for pit bulls would be. More specifically, ads that shut down the negative stigmas against them. Shelters can advertise these dogs in a way that shines a new light on their breed. This would then lead to them finding forever homes more swiftly. If more pit bulls are being placed into appropriate homes then there will be a major reduction in over crowding and use of euthanasia. 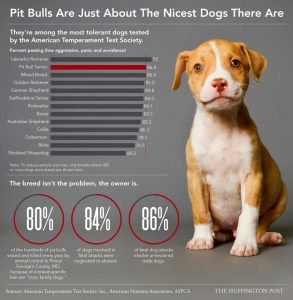 Imagine seeing a picture of a pit bull cuddling with a baby with a caption that reads, “the gentlest babysitter you’ll ever meet.” Or an ad that gives the real statistics about pit bulls such as according to the American Temperament Test Society, pit bulls have a temperament passing rate of 86.7% which is lower than dogs such as the beagle, border collie, and chihuahua. These are things that peak an audiences interest. It advocates for the dogs who cannot speak for themselves. Through social media and running ads shelters could better educate people about the true loving nature of pit bulls, not the myths most people are led to believe. This will then lead to an increase in adoption rates and less pits will end up being euthanized each year. It’s a win-win solution!

Over the last decade, as founder and President of Distinct, Vince has worked with over 400 small businesses and nonprofits. He holds a Bachelor’s Degree in Computer Science from DePauw University and is an MBA candidate with Quantic School of Business and Technology. He brings a passion for listening to client needs, understanding their challenges, and developing creative solutions that help them grow. Vince has worked with organizations of all sizes from solopreneurs to companies with 400+ employees and ranging from pre-revenue to 40M+/year in revenue. Vince is a proud son of Chicago's South Side and currently resides in Greencastle Indiana with his wife Shelby and son Xavier.